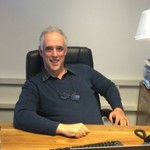 It has been a national representative and expert speaker on security issues in various forums and world congresses some of which are: Organization of American States, Inter-American Committee against Terrorism (CICTE), International Telecommunication Union (ITU) in its security forum cybernetics, CoE (Council of Europe), rapporteur LACNOG, IEEE, ISOC, CIEPPI of Ecuador, FIRST (Forum of Security Incidents Response Teams) and LACNIC AMPARO project, in which he served as Director of the project.

He recently acted as rapporteur for the protection of critical infrastructure in the Colloquium Techincal the FIRST and OAS held in October 2015 in Washington DC.