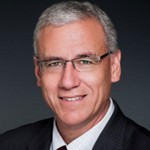 Mark Ryland is the technology leader for Amazon Web Service’s Worldwide Public Sector (WWPS) team. Mr. Ryland leads a team of Solutions Architects and Professional Services Engineers who provide AWS technical evangelism, architectural guidance, knowledge transfer, and cloud implementation services to government and education customers around the globe. In addition to building and managing a large technical team, Ryland is an expert in distributed systems, networking, cyber security, and identity and access management. He also serves as a key interface between the WWPS team and the engineering, security, and compliance teams at AWS, ensuring that public sector customer requirements are front-and-center in service team plans and roadmaps.

Ryland has more than 24 years of experience in the technology industry, beginning with Microsoft Federal Systems in the USA, where he began his technical career as a Senior Architectural Engineer in 1991. He continued at Microsoft for ten years, serving in a variety of software engineering and technical marketing roles in the Systems Group. In the late 1990s he started and ran the first standards organization at Microsoft, serving as Director of Standards Strategy until 2000. Subsequently, Ryland served as CTO of two start-up companies, as well as Vice-President and Director of the Washington DC office of a Seattle-based public policy group. He rejoined Microsoft in 2008 as National Standards Officer for the USA, later switching back to an engineering role as a principal program manager in Microsoft’s identity and access team, before joining AWS.

Additional information on Mark Ryland is available at http://linkedin.com/in/markryland.