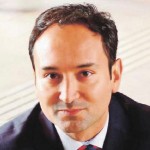 Mike works with the Department for Effective Public Management of the OAS as Specialist on Electronic Government and currently serves as the OAS cadastre coordinator; as such, he acts as Technical Secretary of the Inter-American Network of National Authorities on Cadastre and Registries. He has worked for the las 8 years with the Organization in the promotion of efficient, transparent and more participative local and central governments for socioeconomic development, strengthening of democratic governance, and peace.

He is also responsible for coordinating programs and projects of the OAS portfolio to the Inter-American Network of Electronic Government Authorities (RedGealc) and the Latin American Initiative on Open Data (ILDA). Mike also has a vast experience on municipal management modernization and capacity building programs for public officials and served as Technical Secretary of the Inter-American Network on Public Procurement (RICG) during 2013 to 2014.