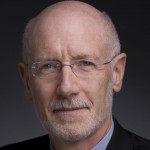 He joined Cisco in July 2005 from the FCC where he served as Chief of the Office of Plans and Policy and Chief of Policy Development beginning in 1989 where he led teams developing policies promoting the development of the Internet, implementing telecommunications legislation, planning for the transition to digital television, and designing and implementing the first U.S. spectrum auctions.

His academic appointments included faculty positions at the Universities of Iowa, Indiana, and Pennsylvania, and as a research affiliate at Harvard University. He serves on the board of the U.S. Telecommunications Training Institute (USTTI) and advisory boards for Columbia University and Michigan State University, and is a Communications Program Fellow at the Aspen Institute. He is a member of the U.S. Department of Commerce’s Spectrum Management Advisory Committee, the UK’s Ofcom Spectrum Advisory Board, the U.S. Department of State’s Advisory Committee on International Communications and Information Policy and the UN Broadband Commission.

Pepper received his BA. and Ph.D. from the University of Wisconsin-Madison.