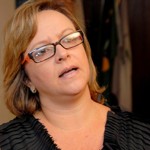 Prosecutor in the Attorney General’s Office of the state of Minas Gerais, Brazil

Ms. Simoes is Prosecutor in the Attorney General’s Office of the state of Minas Gerais, Brazil. In 2008, she was in charge to creat the first Cyber Crime Prosecution Office of State level in Brazil. Since that, she has investigated and prosecuted cyber criminals, fighting mainly against frauds and child exploitation cases. Also, she has participated in many Seminars and public audiences in Brazilian Congress, aiming to contribute to the improvement of legislation about cybercrime in Brazil.
In addition, in 2014 she was awarded a Hubert H. Humphrey Fellowship, being assigned at University of Minnesota, in order to learn with the experience with law enforcement and NGO´s in the USA, regarding sex-trade with children and adolescents through online technologies during the big events as Super Bowl. During that Humphrey year, she developed a professional affiliation at World Bank – Global Forum in Law, Justice and Development section and at OAS – Organization of American States, in the Secretariat of Multidimensional Security – SMS/CICTE – Committee against Terrorism.
In fact, Ms Simoes has participated as a speaker in two SSIG editions and in many conferences about cyber crimes all over the world, representing Brazil. Also, she was an instructor of the ICMEC – International Centre for missing and exploited children in the law enforcement training in Central and South America.
Regarding the child exploitation subject, she was invited as an expert to join a work group in UNODC Headquarter in Vienna, who had the mission to prepare and launch a study of the Effects of Information and Communication Technologies on the Abuse and Exploitation of Children. In the academic area, she received her bachelor degree in Law from Universidade Federal de Minas Gerais, Brazil; her Master degree from Universidade Gama Filho, in Rio de Janeiro in Criminal Science, and her Ph.D. in Law from Universidad de Barcelona, Spain.