More than 700 students have participated as fellows in the South School on Internet Governance during the six face to face meetings held in 2009 (Buenos Aires), 2010 (Sao Paulo), 2011 (México), 2012 (Bogotá) and 2013 (Panamá) and 2014 (Port of Spain, Trinidad and Tobago). All students received fellowship to attend the school thanks to the contribution of many companies and organizations that support this initiative.

The fellows in the six face to face training course came from the following countries:

The SSIG fellowship program covers all expenses including the course, hotel, meals, course materials and social activities. The fellowship does not cover air transportation to the city where the SSIG takes place, visa fees (if applicable), travel insurance and taxis to airports.

Fellows are selected among those that express their interest answering a call for application that is distributed through social networks, web page of the SSIG and among universities, industry associations and other interest groups. The selection is made by a committee and the selection criteria are based on professional experience, gender, geographic and multistakeholder balance.

At the end of the course the students receive a certificate of participation in the SSIG.

The first three meetings of the SSIG were organized as a traditional training and debate space with face to face interaction, including 40 hs of classes, permanent simultaneous translation Spanish, English and several social activities to integrate students and faculty members. 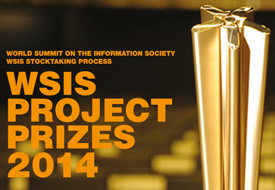 To win in our category we need your vote!!
you can vote here then select CATEGORY 4 and Project (1381783231) Many thanks for your support!!!